While Europe dries up… Britain drinks! The UK is the only country among 21 countries where alcohol consumption has increased during the Covid pandemic, research shows

By Victoria Allen for the Daily Mail

Alcohol consumption has plummeted in countries across Europe during the Covid pandemic – but not in the UK.

Out of 21 European countries, the UK was the only one to see an increase in alcohol consumption, a study has found.

Researchers surveyed almost 32,000 people across Europe, including 836 in the UK, between April and July last year.

Out of 21 European countries, the UK was the only one to see an increase in alcohol consumption, a study finds

The average score across the 21 countries was minus 0.14, while the UK score was 0.1, according to the study published in the journal Addiction.

This may be linked to the national drinking culture, with the study’s questionnaire showing that people in the UK drank more than those in the other 20 countries even before the pandemic.

In Ireland, average alcohol consumption remained about the same on average, while there were reductions in all other countries – including Albania, Finland, Greece, Italy, Slovakia and Spain. 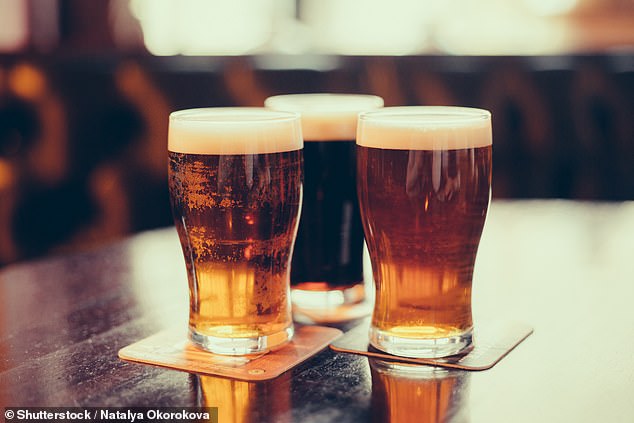 Researchers surveyed nearly 32,000 people across Europe, including 836 in the UK, between April and July last year

Carolin Kilian, lead author of the study from the University of Dresden in Germany, said: “In the UK, the frequency of drinking and the amount of alcohol consumed per day increased slightly, while binge drinking alcohol did not change on average.”

The authors suggest that alcohol consumption is a “maladaptive coping strategy” used to cope with the psychological effects of social isolation, insecurity and money problems.

There were far fewer occasions to drink during the lockdown, the study authors point out, with no more parties, concerts or family celebrations, or travel-related drinking occasions, on planes and on cruise ships or hotels.

But the British still managed to drink more, compared to their continental neighbors.

The online survey, which collected responses between April 24 and July 22, determined the difference in people’s alcohol consumption by comparing it to the amount they usually drank, based on a survey.

February 23. By Dave Yochum. A new downtown Lake Norman Social District has been approved by Cornelius City Council in time for St. Patrick’s Day bar parties. That means St. Patrick’s Day revelers in a no-go downtown area can have open containers outside. What’s new: HB 890 The state recently passed a law known as […]

A Lancet Oncology study found that 4% of all newly diagnosed cancers in 2020 could be associated with alcohol consumption, the highest proportion, around 6%, in Central and Eastern Europe. Drinking alcohol has been shown to damage DNA by increasing the production of harmful chemicals in the body and affect hormone production, which can contribute […]