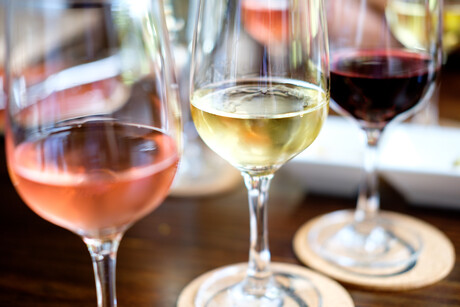 Levels of alcohol consumption currently considered safe by some countries are linked to the development of heart failure. That’s according to a new study by Dr. Bethany Wong of St. Vincent University HospitalDublin, presented at European Society of CardiologyHeart Failure Congress 2022.

The study was a secondary analysis of the STOP-HF trial, which included 744 adults over the age of 40 either at risk of developing heart failure due to risk factors (eg, high blood pressure, diabetes, obesity) or with pre-heart failure (risk factors and heart abnormalities but no symptoms). It excluded former drinkers and people with heart failure with symptoms (eg, shortness of breath, fatigue, reduced ability to exercise, swollen ankles).

Using the Irish definition of a standard drink, or 10g of alcohol, participants were ranked according to their weekly alcohol consumption: none; weak (less than seven units); moderate (7–14 units); and high (more than 14 units). The association between alcohol consumption and heart health was analyzed over a median duration of 5.4 years.

“Our study suggests that drinking more than 70g of alcohol per week is associated with worsening heart failure or progression to symptomatic heart failure in Europeans,” Wong said. “We did not observe any benefit to low alcohol consumption.

“Our results indicate that countries should advocate lower limits of safe alcohol consumption in patients with pre-heart failure. In Ireland, for example, people at risk of heart failure or pre-heart failure are advised to limit their weekly alcohol intake to 11 units for women and 17 units for men. This limit for men is more than double the amount we found safe. Further research is needed in Caucasian populations to align results and reduce the mixed messages that clinicians, patients and the public are currently receiving.

“This study adds to the body of evidence that a more cautious approach to alcohol consumption is needed. To minimize the risk of alcohol causing damage to the heart, if you don’t drink, don’t start. you drink, limit your weekly consumption to less than one bottle of wine or less than three and a half 500ml cans of 4.5% beer.

Light drinking is just as risky as heavy drinking, BC Cancer study finds – The Free Press

New research from BC Cancer experts shows that light, consistent alcohol consumption can be just as dangerous to your health as excessive alcohol consumption. For many Canadians, the holidays can be a time when people consume more alcoholic beverages than they usually would. When the New Year rolls around, a common resolution is to cut […]

SALISBURY, NC (WBTV) – Downtown Salisbury Inc. (DSI) is seeking input from Salisbury residents on the possibility of creating a downtown social drinking district. Such a designation would allow patrons of ABC-licensed establishments in downtown Salisbury to drink an alcoholic beverage on the pavements and public areas of the social district. The city of Kannapolis […]